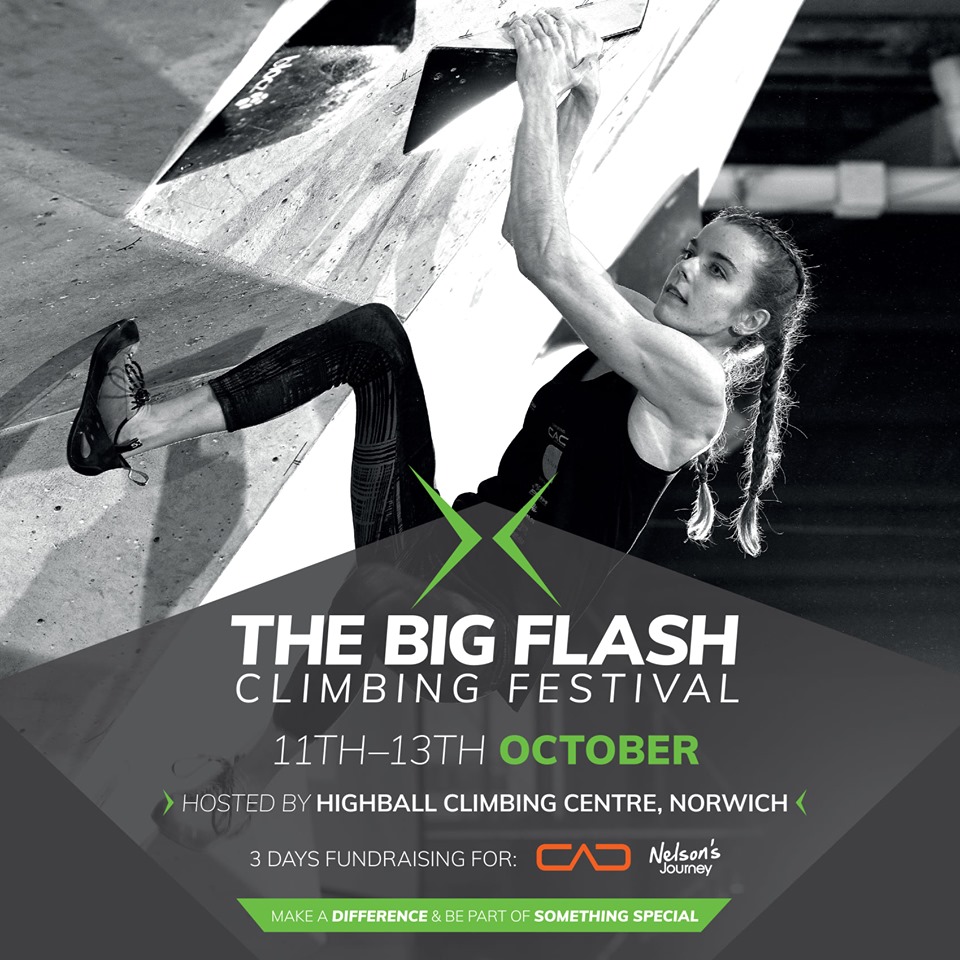 The big flash is not just a competition. Its Norfolks premier Bouldering centre’s opurtunity to show its passion for one of the fastest growing sports in the UK.

It will be raising money for charity and showcasing the best climbers in the sport (team GB) and the local climbers. They will compete in  hard fought preliminary bouldering rounds and a grand final on Sunday for a big cash prizes. There are stalls, special offers from the Highball shop and other suppliers

Its in Aid of Climbers Against Cancer, for which its raised loads of cash since 2013. The 5th year of this Festival of Climbing should prove to be a great one.

At 6pm on 13 October, The Big Flash will make history when the Flash Championship Grand Final is broadcast live on Freesports – a free to view digital channel.

‘For the last 5 years we’ve streamed the Grand Final live online but this year, thanks to Freesports and 247.tv, we’re extremely proud to be trailblazing UK Competition Climbing onto mainstream commercial television’.

We’ve had to make a few tweaks to the format to accommodate commercials, but we’re really pleased to be able to keep the 4plus format for a live TV event. It really is groundbreaking stuff.’
Mike Surtees – Highball Director

Registration spaces are filling up! Head here to secure your space for the TBC Social Comp on 11th as well as the Flash Championship 12th-13th!