November 4, 2021by The Climbing Directory0 comments

A proposal to include surfing, skateboarding, breaking, and Sport Climbing at the Olympic Games Paris 2024 was unanimously approved at the 134th International Olympic Committee (IOC) Session on 25 June 2019.

The IOC Executive Board officially confirmed Sport Climbing’s inclusion in the programme of the 2024 Olympic Games on 7 December 2020.

The decision marks a high watermark in the history of the IFSC, following on from the sport’s inclusion at the Youth Olympic Games Buenos Aires 2018 and coming just eight months before its highly anticipated debut at the Olympic Games Tokyo 2020.

The Games of the XXXIII Olympiad are scheduled to take place in the French capital from July 26 to August 11 2024.

November 4, 2021by The Climbing Directory0 comments

The International Federation of Sport Climbing (IFSC) is proud to unveil the calendar of the upcoming 2022 season, opening with the XVIII IFSC General Assembly in Salt Lake City, Utah, USA.

Consisting of 13 stages in total and distributed over 10 countries and three continents, the 2022 IFSC World Cup Series will take place between April and September.

The opening World Cup competition of the season will take place in Moscow, Russia, while Salt Lake City is also expected to host another doubleheader, replicating the successful formula that debuted in May 2021.

Hosting the only IFSC World Cup in both Boulder and Lead, Innsbruck, Austria, marks the midpoint of the season. July will see the return of three long-standing landmarks on the calendar, with world cups in Villars, Switzerland; Chamonix, France; and Briançon, France.

The full schedule of the 2022 IFSC World Cup Series is as follows:

Following the outstanding Olympic debut at Tokyo 2020, Sport Climbing will feature at three different multi-sport events in 2022: the World Games Birmingham 2022, where all three disciplines will be contested; the European Championships Munich 2022, with Boulder, Lead, and Speed being joined by the Olympic Games Paris 2024 format of Boulder & Lead; and the 19th edition of the Asian Games, set to take place in Hangzhou, China.

The yearly IFSC Youth World Championships will be organised in the United States of America, in a city still to be defined, between 22 and 31 August. Paraclimbing’s 2022 competition calendar will be presented later in 2021.

“The year 2021 has been a non-stop challenge, for us and for the whole world. However, we made our debut at the most unique edition of the Olympic Games, and, eventually, we succeeded organizing a number of great IFSC competitions. The calendar of the 2022 season is not just a mere list of dates, locations, and competitions. It is a symbol of hope, and we are very much looking forward to bringing the Sport Climbing world united again, with no exceptions.”

June 17, 2020by The Climbing Directory0 comments

When could gyms reopen?

The Government has not yet published its lockdown exit strategy. Boris Johnsonhas said he will set out the strategy for the “gradual and phased” easing of lockdown in the week beginning 22 February.

In an address to MPs on Wednesday 27 January, the Prime Minister indicated that lockdown measures will remain in place until at least Monday 8 March.

This means it is safe to assume that gyms will not reopen until at least 8 March, but likely later.

The date is based on progress in vaccinating the most vulnerable groups in society by mid-February and then giving the jab time to take effect.

How did gyms work under the tier system?

The Government has indicated that England will re-enter a tiered system of restrictions when nationwide measures ease.

Speaking about easing out of lockdown, Dominic Raab told the BBC: “I think it is fair to say it won’t be a big bang, if you like, it will be done phased, possibly back through the tiered approach that we had before.”

Gyms were allowed to stay open in all tiers under the three-tier system that was in place in December.

However, they were closed in tier four areas when the additional level was brought in later in the month.

When gyms reopen they will once again have to follow strict rules, such as reduced class sizes and one-way systems.

February 18, 2020by The Climbing Directory0 comments

About IFSC: The IFSC is an international non-governmental non-profit organization whose main objectives are the direction, regulation, promotion, development and furtherance of climbing competitions around the world. About the Channel:  The IFSC Channel – On this channel, you can follow the three climbing disciplines: Speed, Lead and Bouldering. Follow live streams, athlete interviews and event highlights brought to you by the International Federation of Sport Climbing! World up…Keep climbing! 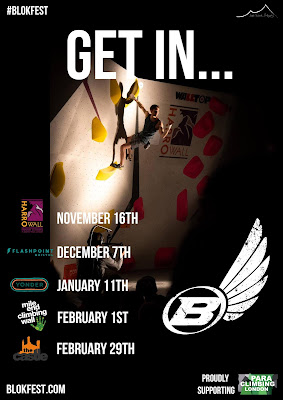 We are very proud to announce the Season 8 dates.

This year we take a break from the legends at Boulder Brighton and head over to a BRAND NEW centre in Bristol – FlashPoint!

It’s so exciting as at the time of writing the wall is still in the early days of construction. The four other venues remain as legendary as ever and we cannot wait to have a massive season kick-off at the epic Harrowall, before going big and shiny in Bristol. Then, after Christmas, we move onto the party peoples favourite Yonder before finishing up with the classics tour – Mile End and Castle.

We have many exciting plans for this coming season and if season 7 was our best yet just wait for season 8.

Tickets will go on sale via Eventbrite in early October.

Keep in the loop for more news as it comes up.

You are invited to The League.
Three Rounds, followed by a Semi Finals and Finals showcase event.
If you’ve ever watched finals and wondered what it’s like to be up there – now is your chance.

The 1st place winners in both Male and Female categories will win FULL CLIMBING SPONSORSHIP. Evolv shoe, Prana clothing and Metolius chalk sponsorship. The winning climbers will also receive full sponsorship across all our sites, VauxWall, HarroWall, CroyWall and RavensWall. (As such, sponsored athletes and national athletes are excluded from submitting their scores.) Everyone is welcome to try the climbs, however, only un-sponsored climbers are able to compete.

Your £5 online Vertical Life score card over between rounds.

The first day of each round will be kicked off with a launch-style event. The first 100 people attending Round 1 at CroyWall will get The League limited edition t-shirt.
Each round will consist of a set of climbs that will stay up in the centre for 3 weeks.
1 point per climb – take as many attempts as you like/can!

See below for round details:

Get practicing because Bouldering is coming to the Olympics 2020!